A sucker-punch of heavy-handed nostalgia, Everything Sucks! also highlights the stuff that was wrong with the ’90s.  A great story of young kids navigating love, “fitting in” and sexuality in the midst of a harsh and unaccepting culture.  The young actors nail the roles and if you told me this was a more focused relaunch of Freaks and Geeks I’d believe you (and I mean this as a compliment).  The soundtrack feeds off this nostalgia and may be one of the better soundtracks to come out last year.

The acting is superb across the board, which is saying a lot for a relatively young and inexperienced cast.  The fact that almost all of the teenagers in this series are played by actual teenagers (at least at the time of filming) is another big step that the series takes to create authenticity within the story.  However, there was one misstep in filming that has some folks critical of the series, as they had one 20-year-old actor kiss a 14-year-old actor. (We won’t spoil with details, but it’s a pretty important part of the love story.)

The directing is paced perfectly, and the writing is succinct and each scene holds weight. Ben York Jones both co-created and co-wrote the series as well as acted in the role of Mr. Stargrove. Other co-writer/creator is Michael Mohan who sat in the director chair for 7 of the 10 episodes.

I am beyond upset that this show got canceled by Netflix after one season (despite the controversy). I am hoping another production company or service will pick it up or if enough fans complain Netflix will shape up their act.  Regardless, this series shows so much promise from the entire cast and crew that It has made a fan out of me. I’ll be sure to check out Jones and Mohan’s next creation, whatever that may be.

Some sites will list every single stinkin’ title to hit the streaming platform this month. We are going to save you the time and boil it down to the ones you need to see (some of these are classics folks, so don’t sleep on em)-

Interview with the Vampire

We Own the Night

The Epic Tales of Captain Underpants

Orange Is the New Black: Season 6

Here are some movies and shows leaving Netflix in July

The Art of War

I refuse to call this Streaming Gems…. From now on if the movie is unsatisfactory it’ll be put under Steaming Coal (because no-one wants these flicks… they are utter $#!^.. Thanks Obama.

Day of the Dead: Bloodline 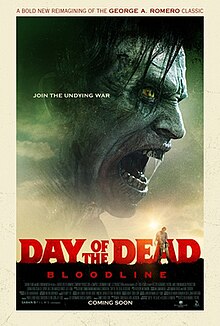 This movie attempts to follow a similar story arc of its George Romero predecessor that focuses on the scientific response to a zombie outbreak; is there a cure? Is it ethical to test on zombies? Can zombies evolve (edit — no they shouldn’t.. This single-handedly ruined the dead/Romero series) Will our race for scientific advancement be our undoing?

The acting is bad (like SyFy channel direct-to-tv bad), yet it is not bad enough to feel like laughable camp horror.  The effects are par for the course for a low budget horror flick; blood and guts abound but nothing revolutionary that they weren’t doing 20-30 years ago.

I think the worst part about this movie though is the laziness in the writing. The antagonist, Max (played by Johnathon Schaech) is a partially zombified man who seems to be the only zombie in the world with any sort of resistance to the disease, and it just so conveniently happens to be that he was a stalker and would-be-rapist of our protagonist, Zoe (Sophie Skelton), the med-student in distress who thinks she has enough schooling to create a cure.  Schaech did what he could with the poorly developed roll and cliches of his character, his facial acting was the only saving grace of this unfortunate role.

I really only recommend this movie if you are a BIG zombie/undead fan or are REALLY bored. 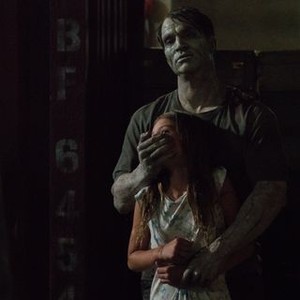 It managed to hold my attention for the 90-minute runtime, but any longer and I don’t know if I would have made it..